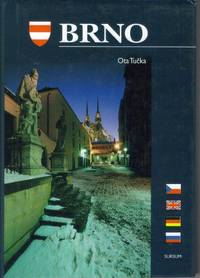 Brno is the second largest city in the Czech Republic by population and area, the largest Moravian city, and the historical capital city of the Margraviate of Moravia. Brno is the administrative center of the South Moravian Region in which it forms a separate district (Brno-City District). The city lies at the confluence of the Svitava and Svratka rivers and has about 400,000 inhabitants; its greater metropolitan area is home to more than 800,000 people while its larger urban zone had a population of about 730,000 in 2004.

Brno Exhibition Centre ranks among the largest exhibition centres in Europe (23rd in the world). The complex opened in 1928 and established the tradition of large exhibitions and trade fairs held in Brno. Brno hosts motorbike and other races on the Masaryk Circuit, a tradition established in 1930, in which the Road Racing World Championship Grand Prix is one of the most prestigious races. Another cultural tradition is an international fireworks competition, Ignis Brunensis, that usually attracts tens of thousands of daily visitors.

The most visited sights of the city include the Špilberk castle and fortress and the Cathedral of Saints Peter and Paul on Petrov hill, two medieval buildings that dominate the cityscape and are often depicted as its traditional symbols. The other large preserved castle near the city is Veverí Castle by Brno Reservoir. This castle is the site of a number of legends, as are many other places in Brno. Another architectural monument of Brno is the functionalist Villa Tugendhat which has been included on the UNESCO list of World Heritage Sites. One of the natural sights nearby is the Moravian Karst.

The Brno basin has been inhabited since prehistoric times, but the town's direct predecessor was a fortified settlement of the Great Moravia Empire known as Staré Zámky which was inhabited from the Neolithic Age to the early 11th century.

In the early 11th century Brno was established as a castle of a non-ruling prince from the House of Premyslid, and Brno became one of the centres of Moravia along with Olomouc and Znojmo. Brno was first mentioned in Cosmas' Chronica Boëmorum dated to year 1091, when Bohemian king Vratislav II besieged his brother Conrad at Brno castle.

In the mid 11th century, Moravia was divided into three separate territories; each one of them had its own ruler, coming from the Premyslids dynasty, but independent of the other two, and subordinated only to the Bohemian ruler in Prague. Seats of these rulers and thus "capitals" of these territories were castles and towns of Brno, Olomouc, and Znojmo. In the late 12th century, Moravia began to reunify, forming the Margraviate of Moravia. Since then, until the mid of the 17th century, it was not clear which town should be the capital of Moravia. Political power was therefore "evenly" divided between Brno and Olomouc, but Znojmo also played an important role. The Moravian Diet (cz: Moravský Zemský snem), the Moravian Land Tables (cz: Moravské Zemské desky), and the Moravian Land Court (cz: Moravský Zemský soud) were all seated in both cities at once. However, Brno was the official seat of the Moravian Margraves (rulers of Moravia), and later its geographical position closer to Vienna also became important. Otherwise, until 1642 Olomouc was larger than Brno by population, and it was the seat of the only Roman Catholic diocese in Moravia.

In 1243 Brno was granted the large and small city privileges by the King, and thus it was recognized as a royal city. In 1324 Queen Elisabeth Richeza of Poland founded the current Basilica of the Assumption of Our Lady which is now her final resting place. In the 14th century, Brno became one of the centres for the Moravian regional assemblies, whose meetings alternated between Brno and Olomouc. These assemblies made political, legal, and financial decisions. Brno and Olomouc were also the seats of the Land Court and the Land Tables, thus they were the two most important cities in Moravia. From the mid 14th century to the early 15th century the Špilberk Castle had served as the permanent seat of the Margraves of Moravia (Moravian rulers); one of them was elected the King of the Romans. In the 15th century Brno was besieged in 1428 and again in 1430 by the Hussites during the Hussite Wars. Both attempts to conquer the city failed.

In 1641, in the midst of the Thirty Years' War, the Holy Roman Emperor and Margrave of Moravia Ferdinand III commanded permanent relocation of the diet, court, and the land tables from Olomouc to Brno, as Olomouc's Collegium Nordicum made it one of the primary targets of Swedish armies. In 1642 Olomouc surrendered to the Swedish army which then stayed there for 8 years. Meanwhile, Brno, as the only Moravian city which under the leadership of Jean-Louis Raduit de Souches managed to defend itself from the Swedes under General Lennart Torstenson, served as the sole capital of the state (Margraviate of Moravia). After the end of the Thirty Years' War (1648), Brno retained its status as the sole capital. This was later confirmed by the Holy Roman Emperor Joseph II in 1782, and again in 1849 by the Moravian constitution. Today, the Moravian Land Tables are stored in the Moravian Regional Archive, and they are included among the national cultural sights of the Czech Republic.

During the 17th century Špilberk Castle was rebuilt as a huge baroque citadel. In the 18th century Brno was besieged by Prussians in 1742 under the leadership of Frederick the Great, the siege was ultimately unsuccessful. In 1777 the bishopric of Brno was established; Mathias Franz Graf von Chorinsky Freiherr von Ledske was the first Bishop.

In December 1805 the Battle of Austerlitz was fought near the city; the battle is also known as the "Battle of the Three Emperors". Brno itself was not involved with the battle, but the French Emperor Napoleon Bonaparte spent several nights here at that time and again in 1809.

In 1839 the first train arrived in Brno from Vienna, this was the beginning of rail transport in what is now the Czech Republic. In the years 1859-1864 the city fortification was almost completely removed. In 1869 a horsecar service started to operate in Brno, it was the first tram service in what would later become the Czech republic.

Gregor Mendel conducted his groundbreaking experiments in genetics while he was a monk at St. Thomas's Abbey in Brno.

Around 1900 Brno, which until 1918 consisted in administrative terms only of the central city area, had a predominantly German-speaking population (63%), as opposed to the suburbs, which were predominantly Czech-speaking. Life in Brünn/Brno was therefore bilingual, and what was called in German "Brünnerisch" was a mixed idiom containing elements from both languages.

In 1919, after World War I, two neighbouring towns, Královo Pole and Husovice, and 21 other municipalities were annexed to Brno, creating Greater Brno (Czech: Velké Brno). This was done to dilute the German-speaking majority of close to 55,000 by addition of the Slavic communities of the city's neighborhood. Included in the German-speaking group were almost all of the 12,000 Jewish inhabitants, including several of the city's better known personalities, who made a substantial contribution to the city's cultural life. Greater Brno was almost seven times larger, with a population of about 222,000 - before that Brno had about 130,000 inhabitants.

In 1930, 200,000 inhabitants declared themselves to be of Czech, and some 52,000 of German nationality, in both cases including the respective Jewish citizens.

During the German occupation of the Czech lands between 1939 and 1945 all Czech universities including those of Brno were closed by the Nazis. The Faculty of Law became the headquarters of the Gestapo, and the university dormitory was used as a prison. About 35,000 Czechs and some American and British prisoners of war were imprisoned and tortured there; about 800 civilians were executed or died. Executions were public.

Between 1941 and 1942, transports from Brno deported 10,081 Jews to Theresienstadt (Terezín) concentration camp. At least another 960 people, mostly of mixed race, followed in 1943 and 1944. After Terezín, many of them were sent to Auschwitz concentration camp, Minsk Ghetto, Rejowiec and other ghettos and concentration camps. Although Terezín was not an extermination camp, 995 people transported from Brno died there. After the war only 1,033 people returned.

Industrial facilities such as arms factory Ceskoslovenská zbrojovka and aircraft engine factory Zweigwerk (after the war it became Zbrojovka's subsidiary Zetor) and the city centre were targeted by several Allied bombardment campaigns between 1944 and 1945. The air strikes and later artillery fire killed some 1,200 people and destroyed 1,278 buildings. After the city's occupation by the Red Army on 26 April 1945 and the end of the war, ethnic German residents were forcibly expelled. In the so-called Brno death march, beginning on 31 May 1945, about 27,000 German inhabitants of Brno were marched 40 miles (64 kilometres) to the Austrian border. According to testimony collected by German sources, about 5,200 of them died during the march. Later estimates by Czech sources put the death toll at about 1,700, with most deaths due to an epidemic of shigellosis.

At the beginning of the Communist era in Czechoslovakia, in 1948, the government abolished Moravian autonomy and Brno hence ceased to be the capital of Moravia. Since then Moravia has been divided into administrative regions and Brno is administrative centre of the South Moravian Region.

Payments are expected within 10 days unless prior arrangements are made.

Seller rating:
This seller has earned a 1 of 5 Stars rating from Biblio customers.
Biblio.co.uk member since: 2001
Coeur d'Alene, Idaho
Ask Seller a Question

Our specialties are unusual books, unusual CDs, and sports memorabilia