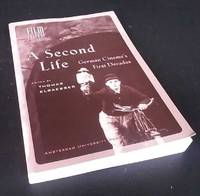 Amsterdam University Press, 2014. Softcover. Fine Condition. Clean unmarked pages, no highlighting or annotations, slight creasing to top of front cover. German cinema is best known for its so-called "Golden Age" - the Expressionist films of the 1920s - and for its long line of outstanding individual directors, from Fritz Lang and Ernst Lubitsch, F. W. Murnau and G. W. Pabst, to Werner Herzog and Wim Wenders, R. W. Fassbinder and Alexander Kluge. But the double spotlight on art cinema and auteurs, reflecting this national cinema's struggle for cultural respectability and reliance on psychological introspection, has only deepened the obscurity surrounding the other side of that history: the face and fate of its popular cinema. A case in point are the first two decades, about which little is known, even though German history has benefited in recent years from a renewed interest in early cinema generally. Critical attention has, however, so far tended to concentrate on institutions, cultural discourses, production companies, or the exhibition situation. Surprisingly few detailed analyses exist of the films themselves and of their (narrative and non-narrative) forms, styles and genres. The same applies to the stars popular with audiences before the foundation of the Ufa in 1917.In order for historians to fill this gap, much recovery and restoration work has been done in the archives. The 1995 centenary of cinema has provided an additional impetus, and scholars have begun to retrieve basic bibliographical and filmographical information. This text makes full use of the opportunities created over recent years by this scholarship and change of policy among archivists. The contributors put forward persuasive arguments for the importance of close examination of some key films surviving in international archives. They focus in particular on the extensive German holdings of the Jean Desmet collection at the Netherlands Film Museum in Amsterdam. The volume is divided into four sections: "Genres and Styles", "Stars, Authors, Audiences", "Case Studies" and "Periodisation and Paradigms". Many individual films are looked at, some for the first time since their original screening. 352 pages. Quantity Available: 1. Category: Film, Radio & Television; ISBN/EAN: 9789053561720. Inventory No: dscf10157. . 9789053561720

Seller rating:
This seller has earned a 5 of 5 Stars rating from Biblio customers.
Biblio.co.uk member since: 2008
Newhaven, East Sussex
Ask Seller a Question

An experienced Online Bookseller, I stock a wide variety of used and out of print books.Areas of interest include art and design,classical music (particularly relating to stringed instruments), exhibition catalogues, modern literature,motoring, sport, philosophy, and more.If you have any questions or queries, please don't hesitate to contact me. Prompt delivery and safe packaging are a priority.

fine
A book in fine condition exhibits no flaws. A fine condition book closely approaches As New condition, but may lack the...[more]
G
Good describes the average used and worn book that has all pages or leaves present. Any defects must be noted. (as defined...[more]