Mei Zhi (1914–2004), originally known as Tu Qihua, was born in Changzhou, Jiangsu. She joined the Left-Wing Writers’ Union in 1932. In 1944, she joined the All-China Anti-Japanese Association of Literary and Art Circles. She helped Hu Feng edit the literary periodicals July and Hope . In the 1930s she began writing essays, novels, children’s stories and poetry. She published several books of poems for children. In 1955, she was forced after the attack on Hu Feng to stop her creative work. In 1980, after Hu Feng’s rehabilitation, she was appointed as a writer in residence of the Chinese Writers’ Association. As well as resuming her writing for children, she published a large number of memoirs and essays, including the present book and a full-length biography of Hu Feng. Gregor Benton is Professor Emeritus of Chinese History at Cardiff. He has published twelve prior books on Marxism, political humor, the history of the Chinese Communist Party, Red guerillas in the 1930s, the Sino-Japanese War, dissent in China, Chinese Trotskyism, Hong Kong, the theory of moral economy, and overseas Chinese. His Mountain Fires: The Red Army’s Three-Year War in South China, 1934–1938 (1992) won several awards, including the Association of Asian Studies’ prize for the best book on modern China.

Description:
Verso. Hardcover. GOOD. Spine creases, wear to binding and pages from reading. May contain limited notes, underlining or highlighting that does affect the text. Possible ex library copy, will have the markings and stickers associated from the library. Accessories such as CD, codes, toys, may not be included.
Item Price
US$2.00
US$3.00 shipping to USA

Description:
Verso. Used - Good. Ships from Reno, NV. Former Library book. Shows some signs of wear, and may have some markings on the inside. 100% Money Back Guarantee. Shipped to over one million happy customers. Your purchase benefits world literacy!
Item Price
US$8.65
FREE shipping to USA

Description:
Verso Books. Hardcover. Used; Good. **Simply Brit** Shipped with Premium postal service within 24 hours from the UK with impressive delivery time. We have dispatched from our book depository; items of good condition to over ten million satisfied customers worldwide. We are committed to providing you with reliable and efficient service at all times. 03/01/2013
Item Price
US$5.34
US$9.37 shipping to USA

Description:
Verso. Used - Good. Ships from the UK. Former Library book. Shows some signs of wear, and may have some markings on the inside. 100% Money Back Guarantee. Your purchase also supports literacy charities.
Item Price
US$6.73
US$10.00 shipping to USA

Description:
Good. Used book in good condition. Has wear to the cover and pages. Contains some markings such as highlighting and writing. Ex-library with the usual stamps. 100% guaranteed. 072120
Item Price
US$14.46
US$3.99 shipping to USA 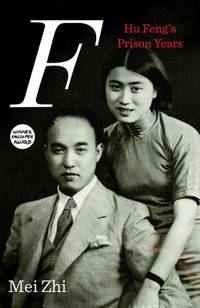 Description:
Hardback. New. China's first literary dissident's Kafkaesque journey through the prisons of the Cultural Revolution.
Item Price
US$19.07
US$9.32 shipping to USA

Description:
Brand New. HARDCOVER, Book Condition New. We Do not Ship APO FPO AND PO BOX. Printing in English language. Quick delivery by USPS/UPS/DHL/FEDEX/ARAMEX ,Customer satisfaction guaranteed. We may ship the books from Asian regions for inventory purpose
Item Price
US$34.32
US$11.00 shipping to USA 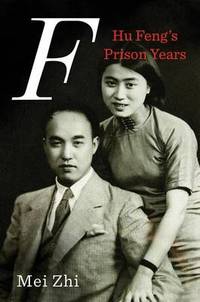 Description:
United Kingdom.: Verso Books.. 2013.. 326 pages, dustjacket. Hu Feng, the "counterrevolutionary" leader of a banned literary school, spent twenty-five years in Chinese Communist Party prison system. But back in the early days of Communist China he was among the party's chief literary theoreticians and critics - at least until factional infighting, and his short fuse, made him persona non grata among the establishment. His wife, Mei Zhi, shared his incarceration for many years. F is her account of that time, beginning ten years after Hu Feng's initial arrest, as she navigates the party's Byzantine prison bureaucracy, searching for his whereabouts. Eventually imprisoned then released, she cares for her husband in his rage and suffering, watching his descent into madness as the excesses of the Cultural Revolution take their toll. Both an intimate portrait of Mei Zhi's life with Hu Feng and a stark account of the prison system and life under Mao, F is at once beautiful and harrowing. .
Item Price
US$29.52
US$16.99 shipping to USA