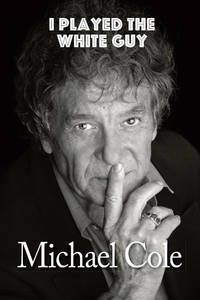 Description:
In his raw and unflinching memoir, Michael Cole, co-star of ABC's iconic show, THE MOD SQUAD writes about his role as Pete Cochran in the groundbreaking program that dealt with issues never before seen on television - racism, drug abuse, child abuse, the Vietnam War. Michael gives an often humorous and always brutally honest account of his life, his career, his meteoric highs and suicidal lows. For the first time, he reveals what it was like to be famous, idolized by millions, and recognized all over the world, while at the same time struggling with internal demons - insecurities fostered by abandonment and rejection, and fueled by alcohol. Readers will find his Hollywood stories entertaining, but it is the author's hope that others will be inspired by his story of redemption as he continues to cherish his life one day at a time.
Item Price
£14.05
£6.66 shipping to GBR