Description:
Two Roads. Hardcover. Used; Good. **Simply Brit** Shipped with Premium postal service within 24 hours from the UK with impressive delivery time. We have dispatched from our book depository; items of good condition to over ten million satisfied customers worldwide. We are committed to providing you with reliable and efficient service at all times. 04/07/2016
Item Price
US$4.97
US$8.92 shipping to USA

Description:
Two Roads, 04/07/2016. Hardcover. Used; Good. **WE SHIP WITHIN 24 HRS FROM LONDON, UK, 98% OF OUR ORDERS ARE RECEIVED WITHIN 7-10 DAYS. We believe you will be completely satisfied with our quick and reliable service. All orders are dispatched as swiftly as possible! Buy with confidence!
Item Price
US$5.10
US$8.93 shipping to USA

Description:
Two Roads. Used - Good. Ships from the UK. Former Library book. Shows some signs of wear, and may have some markings on the inside. 100% Money Back Guarantee. Your purchase also supports literacy charities.
Item Price
US$5.30
US$10.00 shipping to USA 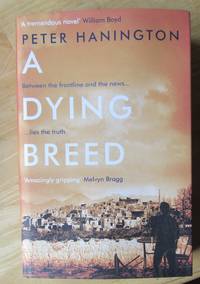 Description:
2016. First printing. Hardcover. Fine/fine. Fine / First Edition Signed & Inscribed With Wrapper. "For the Good People of Budleigh S. Festival, Kind Regards, Signed" See Photo Fine Condition Kabul, Afghanistan. William Carver, a veteran but unpredictable BBC hack, is thrown into the unknown when a bomb goes off killing a local official. Warned off the story from every direction, Carver won't give in until he finds the truth. Patrick, a young producer, is sent out on his first foreign assignment to control the wayward Carver, but as the story unravels it looks like the real story lies between the shadowy corridors of the BBC, the perilous streets of Kabul and the dark chambers of Whitehall. Set in a shadowy le-Carré-esque world, A Dying Breed is a gripping novel about journalism in a time of war, about the struggle to tell the stories that need to be told - even if it is much easier not to. A1
Item Price
US$25.54
US$21.72 shipping to USA 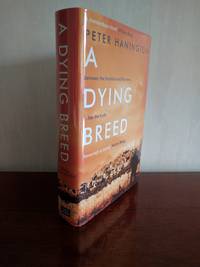 Description:
A New First Edition, First Printing that has been signed by the author to the title page. The book will be wrapped with care and shipped securely to ensure safe delivery,
Item Price
US$38.32
US$17.88 shipping to USA

Description:
London: Two Roads, 2016 A fine UK first edition, first printing hardback - in a fine unclipped dustjacket - All my books are always securely packed with plenty of bubblewrap in professional boxes and promptly dispatched (within 2-3 days) - SIGNED, PREPUBLICATION DATED & LOCATED BY THE AUTHOR - Pictures available upon request
Item Price
US$44.71
US$24.27 shipping to USA 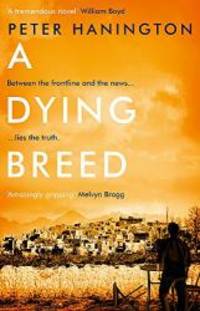 Description:
2016-04-07. Good. Ships with Tracking Number! INTERNATIONAL WORLDWIDE Shipping available. May not contain Access Codes or Supplements. May be re-issue. May be ex-library. Shipping & Handling by region. Buy with confidence, excellent customer service!
Item Price
US$84.00
FREE shipping to USA