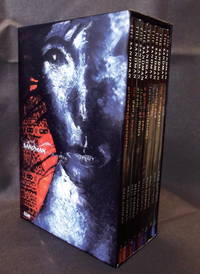 Neil Gaiman is the NEW YORK TIMES best-selling author of AMERICAN GODS and CORALINE.  His other books include the novels ANANSI BOYS, NEVERWHERE and STARDUST (winner of the American Library Association's Alex Awards as one of 2000's top ten adult novels for young adults) and the short fiction collections M IS FOR MAGIC, FRAGILE THINGS and SMOKE AND MIRRORS. With Roger Avary, he is the screenwriter of the motion picture BEOWULF (Paramount, November 2007), direct by Robert Zemeckis.  His illustrated novel STARDUST was released as a major motion picture Summer 2007 starring Michelle Pfeiffer and Robert De Niro.  With Terry Pratchett, he is the author of the novel GOOD OMENS.  He is also the author of the children's books THE WOLVES IN THE WALLS and THE DAY I TRADED MY DAD FOR TWO GOLDFISH. Among his many awards are the Eisner, Hugo, the Nebula, the World Fantasy and the Bram Stoker.  Originally from England, Gaiman now lives in the United States.

Description:
Vertigo. Acceptable. Has a publisher's remainder mark. Book reads fine but has significant wear, dings, and jacket tears. Dust cover has a tear but the book is in good condition.
Item Price
US$194.20
US$3.00 shipping to USA

Description:
Vertigo. VeryGood. Ships Within 24 Hours M-F- Satisfaction Guaranteed! Has a publisher overstock mark. Item is in Good Condition. Clean Copy With Light Amount of Wear.
Item Price
US$194.75
US$3.00 shipping to USA

Description:
Paperback. Very Good. Access codes and supplements are not guaranteed with used items.
Item Price
US$340.26
US$3.00 shipping to USA