Description:
University of North Carolina Press. Used - Good. Former Library book. Shows some signs of wear, and may have some markings on the inside.
Item Price
US$11.29
FREE shipping to USA

Description:
University of North Carolina, 1987. hardcover. near fine with near fine dust jacket. very thick 8vo. 601pp. profusely illustrated with photos and maps. moderately heavy toning to page edges.. Professional used bookstore open to the public since 1988. 30 Years of Bookselling Experience backing the careful selection and description of each book we offer.
Item Price
US$16.00
US$3.99 shipping to USA 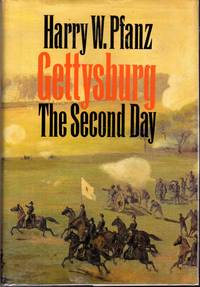 Description:
Chapel Hill, NC: University of NC Press, 1987. Fifth Printing. good. 601, illus., notes, bibliography, index, ink notation on front endpaper, slightly shaken. Harry Pfanz, formerly a historian at Gettysburg National Military Park, haswritten a definitive account of the second day's brutal combat. He begins by introducing the men and units that were to do battle, analyzing the strategic intentions of Lee and Meade as commanders of the opposing armies, and describing the concentration of forces in the area around Gettysburg. He then examines the development of tactical plans and the deployment of troops for the approaching battle.
Item Price
US$27.00
US$5.00 shipping to USA 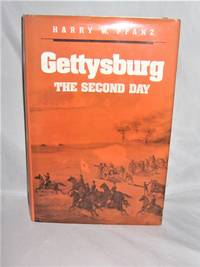 Description:
Chapel Hill , NC: University of North Carolina Press, 1987. NF/NF/1st prntng stated. Clean and square, tight sewn binding with white unmarked pages..Dust jacket is clean and has no fade, now covered with a mylar sleeve. 601pp., multiple maps, photos, illustrations, appendix, notes, bibliography, index. Comes to you in an acid free document bag for storage. Mailed boxed, and I can have it in the mail tomorrow.. First Edition. Hard Cover. Near Fine/Near Fine. History/Civil War Campaign/PA.
Item Price
US$38.50
US$4.50 shipping to USA 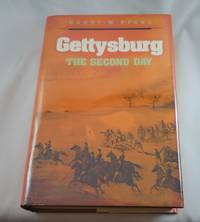 Description:
Hardcover. Good. Access codes and supplements are not guaranteed with used items.
Item Price
US$49.19
US$3.00 shipping to USA 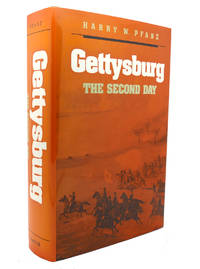