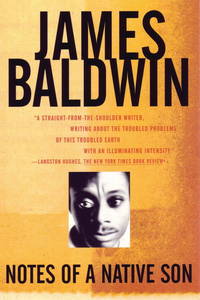 James Baldwin (1924–1987) was a novelist, essayist, playwright, poet, and social critic, and one of America's foremost writers. His essays, such as “Notes of a Native Son” (1955), explore palpable yet unspoken intricacies of racial, sexual, and class distinctions in Western societies, most notably in mid-twentieth-century America. A Harlem, New York, native, he primarily made his home in the south of France.   His novels include Giovanni’s Room (1956), about a white American expatriate who must come to terms with his homosexuality, and Another Country (1962), about racial and gay sexual tensions among New York intellectuals. His inclusion of gay themes resulted in much savage criticism from the black community. Going to Meet the Man (1965) and Tell Me How Long the Train’s Been Gone (1968) provided powerful descriptions of American racism. As an openly gay man, he became increasingly outspoken in condemning discrimination against lesbian and gay people. 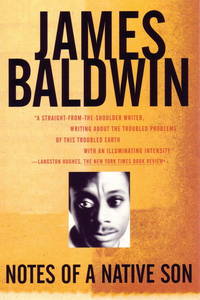 Description:
Beacon Press. Paperback. POOR. Noticeably used book. Heavy wear to cover. Pages contain marginal notes, underlining, and or highlighting. Possible ex library copy, with all the markings/stickers of that library. Accessories such as CD, codes, toys, and dust jackets may not be included.
Item Price:
£3.25
£2.31 shipping to USA

Description:
Beacon Press. Used - Good. Good condition. A copy that has been read but remains intact. May contain markings such as bookplates, stamps, limited notes and highlighting, or a few light stains.
Item Price:
£4.61
£3.07 shipping to USA