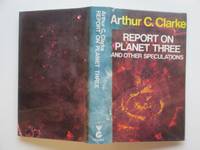 Description:
London: Victor Gollancz. A Near Fine Copy of this book in a Near Fine Dust-Jacket with NO chips or tears to the outer edges of the dust-jacket.Price clipped and this copy has NO previous names or inscriptions present.The book has a firm binding with no hinge weakness and the d/j comes well protected in a removable cover sleeve,8vo 249pp First Edition 1st Impression . Near Fine. Hardcover. First Edition. 1st Printing. 1972.
Item Price
US$10.94
US$23.17 shipping to USA 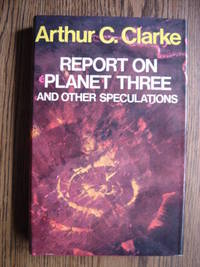 Description:
1972-01-01. Good. Ships with Tracking Number! INTERNATIONAL WORLDWIDE Shipping available. May not contain Access Codes or Supplements. May be re-issue. May be ex-library. Shipping & Handling by region. Buy with confidence, excellent customer service!
Item Price
US$93.66
FREE shipping to USA

Description:
London: Victor Gollancz, 1972. Hardcover. Fine/Near Fine. First edition. Ownership signature of Ian Macauley, fine in a slightly spine-faded, near fine dustwrapper. Receipt from the publisher laid in. Inscribed by Arthur C. Clarke to his protégé, one-time secretary, and longtime friend Macauley; "To Ian, who is welcome to steal any of it. Arthur. Lo. Aug 72." Macauley was the dedicatee of Clarke's first published hardcover novel, *Islands in the Sky*, and was an award-winning *New York Times* journalist. He also edited Clarke's book of collected essays, *Greetings, Carbon-Based Bipeds!* (2000). Clarke wrote the last chapter of *Childhood's End*, while visiting Macauley in Atlanta in 1952, where he was reportedly greatly influenced by their discussions. A nice association copy of this miscellany, mainly speculations on space, and some reprints of earlier essays. Macauley has made a pen emendation in the text, apparently while preparing the essays for the collected volume.
Item Price
US$950.00
US$4.50 shipping to USA 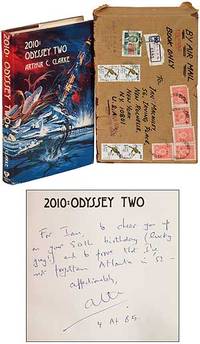 Description:
Huntington Woods, Michigan: Phantasia Press, 1982. Hardcover. Fine/Near Fine. First edition. Fine in very near fine dustwrapper in original slipcase (see below for slipcase condition). One of 650 numbered copies Signed by the author, this copy unnumbered. Additionally Inscribed by Arthur C. Clarke to his protégé, one-time secretary, and longtime friend Ian Macauley; "For Ian, to cheer you up on your 50th birthday (lucky guy!) and to prove that I've not forgotten Atlanta in '52 -Affectionately, Arthur. 4 Ap '89." Clarke sent the book to Macauley from Sri Lanka, using the novel method of pasting wrapping paper over the slipcase and addressing it to Macauley, with predictable results - the addressed paper is still attached and one end of the slipcase has been cut away, apparently when the package was opened. Macauley was the dedicatee of Clarke's first published hardcover novel, *Islands in the Sky* (1952), and was an award-winning *New York Times* journalist. He also edited Clarke's book of… Read more
Item Price
US$1,500.00
US$4.50 shipping to USA