In a world of secrets, human genius is power.And sometimes it is simply deadly...A three-hour drive from Washington, D.C., two clandestine institutions face each other across a heavily guarded river. One is the world's most unusual laboratory, whose goals and funding are a mystery. The other is an elite CIA training camp shrouded in secrecy. Now a man and a woman are about to run a gauntlet between these two puzzle factories, straight into a furious struggle to exploit a potentially world-shattering discovery--and keep some other secrets underwraps forever...Former secret service agents turned private investigators Sean King and Michelle Maxwell have seen their lives splinter around them. Michelle lies unconscious ina hospital bed after a night of suicidal violence. And Sean is forced to take on a thankless investigation into the mutder of a scientist just inside the CIA's razor-wire fence near Williamsburg, Virginia.Soon he is uncovering layer after layer of disinformation that shields a stunning world filled with elite mathematics, physicists, war heroes, spies, and deadly field agents. Amid more murder, a seemingly autistic girl's extraordinary genius, and a powerful breakthrough in the realm of classified codes, Sean soon learns enough to put his life at risk. Now more than ever, he needs Michelle--at her best--to help stop a conspiracy of traitors operating in the shadow of the White House itself.From Michelle's courageous struggle to defeat her long-buried personal demons to a centuries-old secret that surfaces in the heat of action, SIMPLE GENIUS pulses with stunning, high-intensity suspense. The heroes of Split Second and Hour Game, David Baldacci's #1 New York Times bestsellers, are back--as you've never seen them before.

Description:
Grand Central Publishing. Mass Market Paperback. GOOD. Spine creases, wear to binding and pages from reading. May contain limited notes, underlining or highlighting that does affect the text. Possible ex library copy, that’ll have the markings and stickers associated from the library. Accessories such as CD, codes, toys, may not be included.
Item Price
US$1.00
US$3.00 shipping to USA

Description:
Grand Central Publishing. Used - Good. . . All orders guaranteed and ship within 24 hours. Your purchase supports More Than Words, a nonprofit job training program for youth, empowering youth to take charge of their lives by taking charge of a business.
Item Price
US$1.07
US$3.00 shipping to USA

Description:
UsedAcceptable. Mass market paperback in ACCEPTABLE condition. Book is perfectly usable, but has heavy wear or cosmetic issues which may include a cocked spine, creased spine, heavy wear, yellowed pages, price stickers, etc. Cover art may be different from that in photo.
Item Price
US$1.36
US$3.99 shipping to USA

Description:
UsedGood. May contain highlighting, handwriting or underlining through out the book. Book may show some wear. Used books may not contain supplements such as access codes, CDs, etc. Every item ships the same or next business day with tracking number emailed to you.
Item Price
US$1.70
US$3.99 shipping to USA

Description:
UsedVeryGood. May contain minor wear. Used books may not contain supplements such as access codes, CDs, etc. Every item ships the same or next business day with tracking number emailed to you.
Item Price
US$1.70
US$3.99 shipping to USA

Description:
Vision, 2008-04-01. Mass Market Paperback. Acceptable. some creasing and wear, good binding, no missing or clipped covers, older paperbacks may have yellowing/discoloration to pages, older glued bindings will need to handled with care
Item Price
US$1.75
US$3.99 shipping to USA 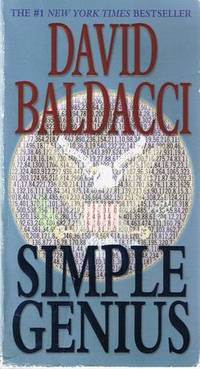 Description:
Grand Central Publishing. Used - Good. Mass Market Paperback This item shows wear from consistent use but remains in good readable condition. It may have marks on or in it, and may show other signs of previous use or shelf wear. May have minor creases or signs of wear on dust jacket. Packed with care, shipped promptly.
Item Price
US$1.99
US$3.99 shipping to USA