Description:
Harper Perennial Modern Classics. PAPERBACK. 0060838655 FAST SHIPPING!! No CD Included. Access code may be previously used. Heavy wear, wrinkling, creasing or tears on cover and spine. Heavy writing and highlighting. Cover has used book stickers or residue. Marker on cover or bottom edge of book. Book may have additional damage or defects not listed above. . Fair.
Item Price
US$5.99
US$3.50 shipping to USA

Description:
Acceptable. Acceptable Condition; may contain minimal marking or notes to text; excessive wear to cover and/or binding; wear to book corners; front and/or back cover has folding; wear to book edges; readable and usable condition.
Item Price
US$6.02
US$3.99 shipping to USA

Description:
Harper Perennial Modern Classics, August 2005. Trade Trade. Used - Good. Binding, covers and pages are in good condition. This means there is a small amount of wear, creases and/or scuffing. Covers creased and scuffed. Satisfaction Guaranteed!!
Item Price
US$9.49
US$3.99 shipping to USA

Description:
Harper Perennial Modern Classics, 2005. Trade Paperback . Used Good. We carry new and used books in our storefront. We want you to be satisfied with your purchase. Please contact us if you have questions regarding this item.
Item Price
US$8.99
US$4.50 shipping to USA

Description:
Harper Perennial Modern Classics. Used - Very Good. Very Good condition. A copy that may have a few cosmetic defects. May also contain a few markings such as an owner’s name, short gifter’s inscription or light stamp.
Item Price
US$15.10
US$3.99 shipping to USA 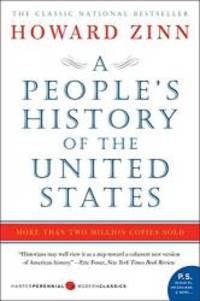 Description:
2005-07-04. Good. Ships with Tracking Number! INTERNATIONAL WORLDWIDE Shipping available. May not contain Access Codes or Supplements. May be re-issue. May be ex-library. Shipping & Handling by region. Buy with confidence, excellent customer service!
Item Price
US$44.59
FREE shipping to USA